The subversive role of the British imperial interests are increasingly being exposed to the world. This past week alone, two major revelations:

First, the former U.K. Ambassador to the U.S. Sir Kim Darroch was exposed through his own dispatches to the Foreign Office of attempting to subvert the policies promoted by the President of the United States, while promoting an “incident” in the Persian Gulf in which an American is killed and blamed on Iran (a typically British false flag operation as conducted by the White Helmets in Syria) in order to override the President’s refusal to go to war with Iran.

Second, after the British conducted an open act of piracy off Gibraltar by seizing an Iranian oil tanker, they then staged an incident in the Straits of Hormuz in which Iran was falsely accused of attempting a retaliatory seizure of a British oil tanker. As reported below, the incident was a setup by British military intelligence which failed in its intent, and has now been exposed as a fraud.

Since the assassination of Jack Kennedy and the British success in dragging the U.S. into an un-American, colonialist war in Indochina, the Anglo-Dutch neo-liberal financial system has systematically taken over the U.S. economy.

This was made possible by taking advantage of the bankruptcy of the U.S. due to the cost of that genocidal Asian war, and by the cultural subversion of a demoralized generation of youth through a new Opium War, the anti-science “environmentalist” movement run by the Royal Family, and the peddling of degenerate and ugly “music” to deny the youth access to the beauty of Classical music and culture.

In place of the Hamiltonian policies of directed credit as implemented under Roosevelt’s New Deal, and under Kennedy’s space program and nuclear/fusion power development policies, the shibboleth of British “free trade,” “independence of the Fed,” and similar un-American scams were put in place.

The result was the takeover of the economy by speculators, outsourcing our industries, legalizing drugs, leading to the destruction of industry and infrastructure and the moral decay which characterizes the United States today, as documented in part in the EIR Special Issue “The Bitter Truth About the U.S. Economic ‘Recovery.’”

Nothing short of a rapid return to Hamiltonian policies — not only by the U.S., but in conjunction with the great Eurasian cultures of Russia, China and India, as posed by Lyndon LaRouche’s Four Laws and his New Bretton Woods concept — can stop the collapse of the Western economies and the danger of global war.

President Donald Trump has taken small but dramatic steps to assert his personal leadership, breaking from the “Washington establishment” that has turned both political parties into sycophants of British imperial policies of permanent warfare and “free market” dictatorship by the London-Wall Street financial cartels.

He has taken steps to end the last vestige of the Cold War in Korea; he is negotiating an end to the “endless war” in Afghanistan; he has begun to restore the optimism of the Kennedy space program through his Moon-Mars mission; he held friendly meetings with the leaders of Russia, China and India (among others) on the sidelines of the G20 in Osaka, much to the horror of the British and the neo-conservatives in his own Cabinet; he has lifted the absurd and destructive “anti-carbon” rules imposed by Obama, while asserting clean air and water as the real environmental issue; he has asserted “fair trade” policies as against the neo-colonial “globalization” mantra.

The threats of war and financial disintegration still exist despite these small steps. Helga Zepp-LaRouche, in her weekly webcast on Saturday, pointed to the core issue involved in ending these threats and initiating a New Paradigm for mankind, by addressing the decline of the moral nature of the citizenry, as presented in Friedrich Schiller’s idea of the Aesthetical Education of Man.

“The moral improvement of Mankind,” Zepp-LaRouche said, “is absolutely necessary to go along with scientific and technological progress, because science and technology alone do not answer the question of the moral behavior of Man. It is the aesthetical education, the influence of great art, Classical music, Classical poetry and the other Classical arts, which have this effect of ennobling the human being, and therefore these two things have to go absolutely together.”

This article is good if it’s 100% true. But we’ve been here before, multiple times, and long enough to understand that this is how the Western oligarchy exactly does its politics, i.e. projecting two warring factions domestically to preoccupy their citizens and to complicate foreign relations policies, as if they all matters from the Eastern point of view.

The East also has its own set of problems, but they don’t export them to other countries, and there lies the big difference.

What the East see instead is a population victimized by their own leaders by supposedly protecting their interests with aggressive actions like sending warships to places where nobody is asking them to, and there lies the root cause of the world’s problem.

They just go there and declare preemptive measures that actually create intergenerational terror against the West, aided and abetted by the latter’s own intelligence agencies and mass media. Not to mention the forced migration of the victims of Western intervention.

To hell with morality, a good outcome will make it so. But will there be a good outcome, and what is it really other than the one that propaganda makes and justifies?

The fundamental self-inflicted problems are then made self-sustaining, thereby allowing the same kind of self-righteous rhetorics that has been the fuel for another rounds of $700+ billion annual Pentagon budget. This is in spite of the tens of trillions not yet properly accounted for.

But Trump really is the man to defeat the Deep State. He’s the guy who will drain the swamp of its filth. Just look at Jeffrey Epstein – the latter does represent the Deep State and he’s in jail. What’s really bad with another 4 years of Trump if he really can put people like Epstein in prison?

Haven’t they noticed that in the House of Trump itself, a known Zionist lives and participates in the crafting of policies against Palestinians together with other Zionists already populating the White House and State Department, right from the start?

Naaahh, you’re against Trump because you’re just another Clintonite. 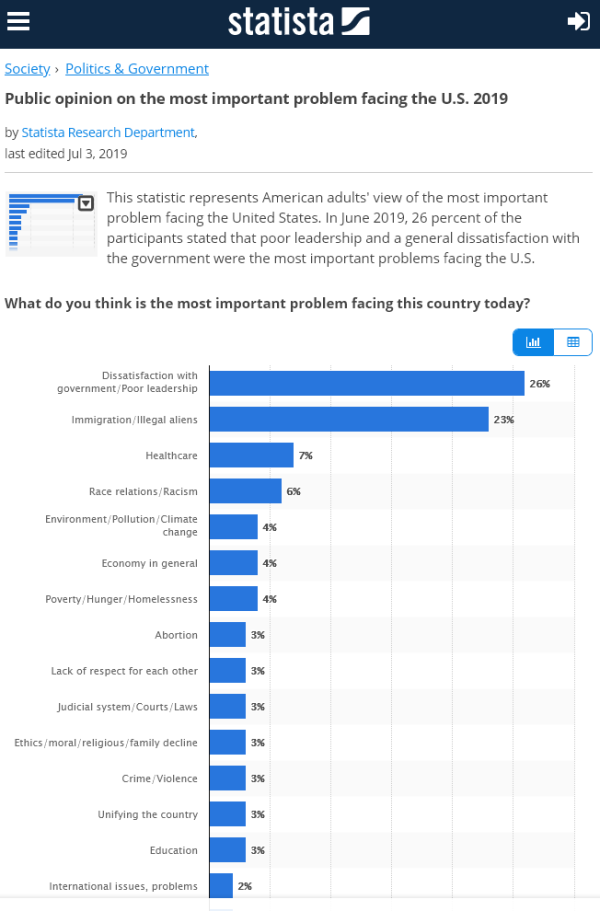 These problems are far bigger than politics and politicians, however. In fact, it looks more like one big drama, or a Great Kabuki, where every key player assumes his favorite image so it’s easier to lead the people according to “his own image”.

The masses presume by default that the elected officials are not capable of soiling the sanctity of their office. The problem is, there wasn’t any iota of sanctity of that office to begin with. Only the vested interests of the real power behind these politicians really matters.

Trump can surely pretend as the CEO or President of a country, but he is not immune from twister whispers coming from all directions. That explains the multiple cabinet turnovers in just a span of 2 years in office, involving recycled Deep State operatives who are bereft of credibility abroad. He doesn’t have a team of his own, if ever that was the whole idea, i.e. draining of the swamp, to begin with.

So, suddenly we have opportunistic racists gravitating spontaneously to the Man in the White House, effectively tainting the significance and real value of the work of patriots, who volunteered to work with the present US administration. But that’s the whole idea, i.e. to initiate racial conflicts, while the plunder of their wealth goes unabated behind the scenes.

This is how the British Monarchy preserved its shady enterprise for centuries and the Vatican Crown above it.

The only antidote is through the dynamic actions of an enlightened population, collectively and individually. The sooner they realize that solely relying on the politicians can’t get them nowhere, the closer they get to real freedom.

The obsolete system will never update by itself.

Project Highest Timeline In 21 Days: Are You Game For This?

If you appreciate what we do, please support us. Thank You!