A mysterious UFO has been spotted hovering in the sky in broad daylight. You can see it here and make your own verdict on what it is:

The object was seen lurking over Islamabad, the capital of Pakistan, and was visible for nearly two hours according to one eye-witness.

“I filmed it for over 12 minutes at different times, took dozens of pictures and observed it for the best part of two hours.

“To the naked eye it seemed like a black round rock but as I zoomed in, I could see it was roughly the shape of a triangle with a clear bulge on top towards the back.

“It was solid black and had no sharp edges. It wasn’t reflecting too much light and no lights were emanating from it.”

In the footage, the shape can be seen hanging without moving over Islamabad’s DHA 1 district. 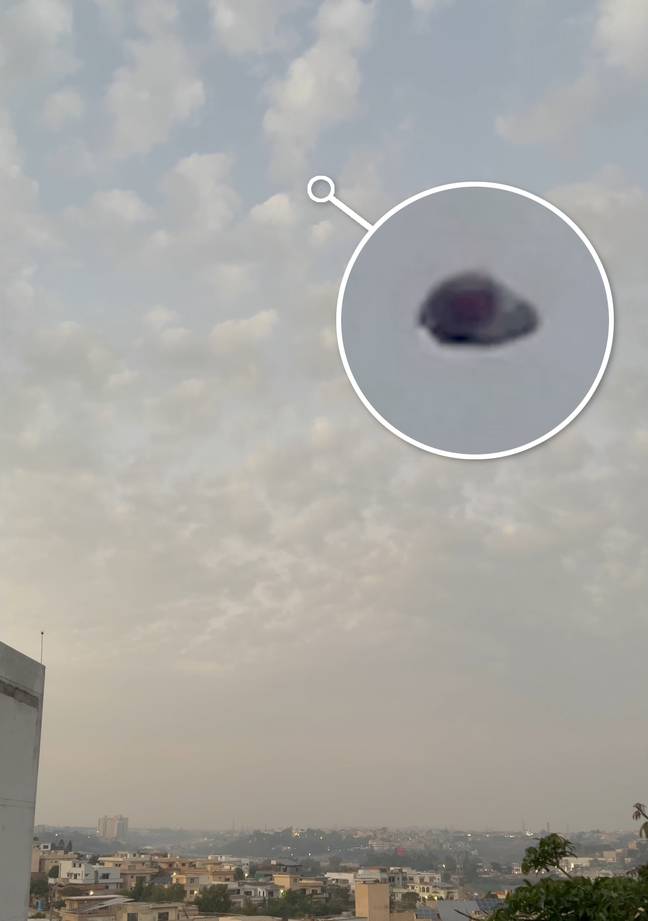 A fly and several birds also fly across and into the shot, showing the clear difference between them and the distant UFO.

“I actually got birds in the clip while I was filming this thing.

“I fly drones myself so I know it wasn’t a commercial drone either.

“And it makes no sense for our military to be flying secret drones over a posh area of Islamabad where most of the army and government officers live.”

Warraich has since shared his footage online with UFO hunters were impressed by how clear the images are.

One commented: “Not just for the technical achievement of such extended physical effort to track it for so long, but also for the extended verbal commentary and description of the event.

“Do you realise how rare a document like this is?”

Another said: “This is how you capture a UFO.”

Although unsure what it is, Warraich reckons we’re not alone in the universe.

“With the number of stars and planets in the known universe, it is statistically impossible that we are the only intelligent beings in this universe,” he said.

“There must be civilisations which are millions or billions of years more advanced than us and then there must be others that are just starting out.

“Have they have visited Earth? I think we have to look at the evidence and go where it leads. There is certainly a possibility.”