The R58 route between Elliot and Barkly East has been closed after snowfall over the pass, the Eastern Cape transport department said on Tuesday morning.

Emergency services are monitoring the situation.

The department also urged motorists reduce speed, switch on headlights and increase  following distance along the N6 between Komani and Jamestown at the Penhoek Pass, where driving conditions are “cold, wet and misty”.

Social media users are sharing images of the snow that fell overnight at the Mountain Shadows Hotel near Elliot in the southern Drakensberg.

The SA Weather Service had forecast persistent rain for the eastern part of the Eastern Cape, KwaZulu-Natal and Mpumalanga this week.

The service said on Sunday a well-developed upper-air trough, associated with cold weather and instability, was sighted over the southwestern parts of Southern Africa and set to form a cut-off low over the southern and central interior.

“While much of the interior of the African subcontinent is currently rather dry, this system is expected to introduce a welcome rainy spell to some of the eastern provinces from today onwards, through to the middle of this coming week,” it said. 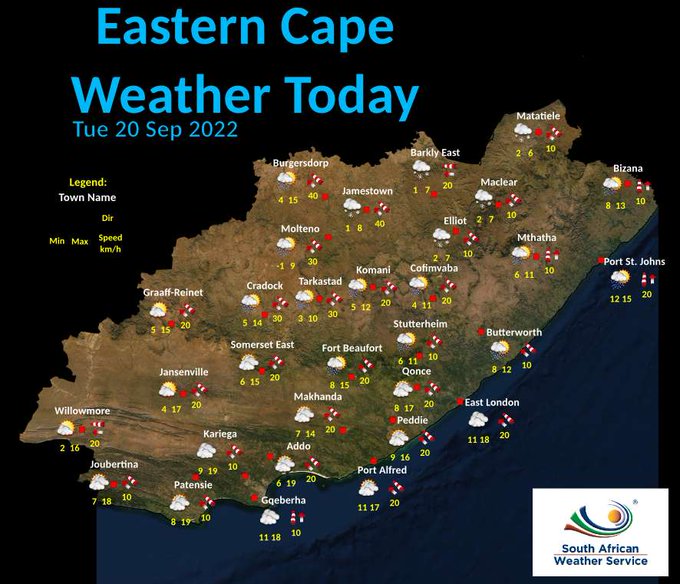 The system was expected to shift progressively eastward, resulting in mostly clear, rain-free conditions by Thursday.